Three can keep a secret, but only if two are dead.

No one knows that better than Kaitlyn Ashe, who has been running from a childhood secret her whole life. Until now. Crowned the top-rated radio DJ in Philadelphia, she is finally ready to settle down with her fiancé and new friends who know nothing about her past.

When a sudden flood of anonymous letters threatens her seemingly charmed life, she realizes that someone out there knows. But who? As the threatening letters escalate, Kaitlyn’s life spirals toward a reunion in the one place she’d hoped to never visit again: the Shallows. Isn’t her secret buried with the dead?

From the Philadelphia skyline to the rural suburbs of New Jersey, Dead Air weaves a suspenseful tale of past misdeeds and present malice as Kaitlyn plays a deadly game of cat-and-mouse with a mysterious killer who will stop at nothing to get revenge.

An interesting murder mystery told from both points of view of the pursued and the pursuer. A nice mix of characters and suspects that keep the reader guessing for the first half of the book and then ramps up the action and tension for the remainder which rises to a terrifying climax at the Shallows

I found the added narration from the perpetrator gave the book an interesting twist and this provided extra clues for those of us that love to work out who the killer is before the grand reveal.

Although this is set in the world of radio broadcasting there is very little of the plot that is involved with the radio station or the process of broadcasting itself - rather it is the characters outside of the station that take centre stage.

Popular posts from this blog 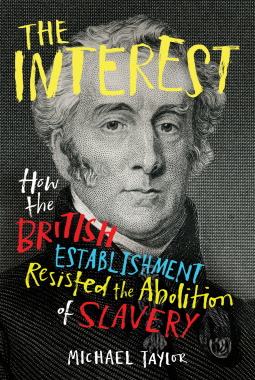 The Interest : How The British Establishment Resisted the Abolition of Slavery By Michael Taylor Publisher's Description For two hundred years, the abolition of slavery in Britain has been a cause for self-congratulation – but no longer. In 1807, Parliament outlawed the slave trade in the British Empire, but for the next quarter of a century, despite heroic and bloody rebellions, more than 700,000 people in the British colonies remained in slavery. And when a renewed abolitionist campaign was mounted, making slave ownership the defining political and moral issue of the day, emancipation was fiercely resisted by the powerful ‘West India Interest’. Supported by nearly every leading figure of the British establishment – including Canning, Peel and Gladstone, The Times and Spectator – the Interest ensured that slavery survived until 1833 and that when abolition came at last,
Read more

August 22, 2020
Rating 5 Stars Publisher's Description The brand-new domestic thriller from the #1 bestselling author of Obsession A new couple moves in next door. And nothing will ever be the same again… I watched you move in next door and thought we might be friends. I saw you watching from the window – and knew I’d have to keep you well away from my husband. I started to trust you. Confide in you. I started to mistrust you. Suspect you. I was confused when I blacked out after an evening at your place. Was I really that drunk? I came up with a plan. A plan to make you both pay . . . Sexy and sinister – this book will keep you up all night . . . ‘The tension builds and builds and then… BAM! Dark, gripping, brutal . I loved every minute’ Jackie Kabler ‘ As more-ish as a box of chocolates . I kept trying to pu
Read more